The Cursed (Krewe of Hunters #12) (Paperback) 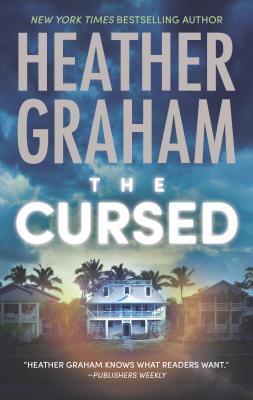 By Heather Graham
$7.99
Email or call for price.

This is book number 12 in the Krewe of Hunters series.

A haunted house in Key West Hannah O'Brien, who grew up in the house and now runs it as a B and B, has always had a special ability to see a pair of resident ghosts. But when a man is murdered in the alley behind her place, she's dismayed when his spirit appears, too, asking for help. FBI agent Dallas Samson has a passionate interest in the murder, since the victim's a colleague whose death is connected to the smuggling ring known as Los Lobos--the wolves. Now Dallas is even more committed to chasing them down.... Unaware that Dallas has certain abilities of his own, Hannah calls her cousin Kelsey O'Brien, a member of the FBI's Krewe of Hunters, an elite unit of paranormal investigators. The present-day case is linked to a historical mystery involving salvagers, a curse and a sunken ship. Danger and desire bring Hannah and Dallas together, but to survive, they have to solve the mysteries of the past--and stay alive long enough to solve the crimes of the present.