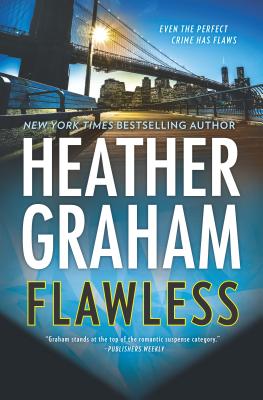 This is book number 1 in the New York Confidential series.

"Intricate, fast-paced, and intense, this riveting thriller blends romance and suspense in perfect combination and keeps readers guessing and the tension taut until the very end." --Library Journal New York's Diamond District has been hit by a rash of robberies, and then Kieran Finnegan is stuck in the middle of one The criminal psychologist is trying to "unsteal" a stone taken by her light-fingered youngest brother. But try telling that to the hardnosed FBI agent, Craig Frasier, who saves her from the thieves. When the robberies turn violent, the police and FBI wonder if there may be two gangs: the original and a copycat group using the crime to cover a murder. The killers seem to think their scheme is as flawless as the stones they steal. Thrown together by circumstance, Kieran and Craig are both assigned to the case. But to Kieran's horror, there's more and more evidence that somehow her family's pub, Finnegan's on Broadway, is involved. Because everyone goes to Finnegan's...and someone doesn't want the cracks in their plans revealed... FBI Agent Craig Frasier and criminal psychologist Kieran Finnegan meet for the first time in the page-turning beginning to the New York Confidential series, only from New York Times bestselling author Heather Graham. Don't miss the other incredible stories in this series Flawless A Perfect Obsession A Dangerous Game A Lethal Legacy The Final Deception