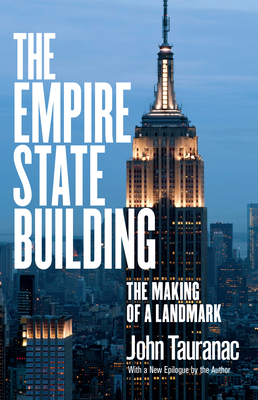 The Empire State Building is the landmark book on one of the world's most notable landmarks. Since its publication in 1995, John Tauranac's book, focused on the inception and construction of the building, has stood as the most comprehensive account of the structure. Moreover, it is far more than a work in architectural history; Tauranac tells a larger story of the politics of urban development in and through the interwar years. In a new epilogue to the Cornell edition, Tauranac highlights the continuing resonance and influence of the Empire State Building in the rapidly changing post-9/11 cityscape.

John Tauranac writes on New York's architectural history, teaches and lectures on the subject, gives tours of the city, and is a mapmaker. In 1997, he was the guest curator of A Dream Well Planned: The Empire State Building at the Museum of the City of New York. His books include New York from the Air, Elegant New York, Essential New York, and Seeing New York. He has contributed to the New York Times, the New York Observer, New York Newsday, New York Magazine, Travel & Leisure, Seaport, Avenue Magazine, and other publications. Tauranac is an adjunct associate professor at NYU's School of Continuing and Professional Studies.