Fortunate Son: The Healing of a Vietnam Vet (Paperback) 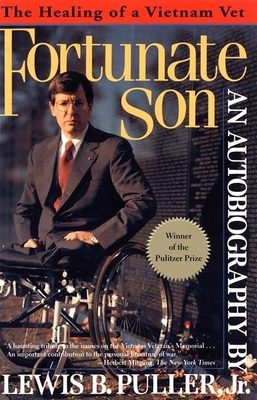 Fortunate Son: The Healing of a Vietnam Vet (Paperback)

By Lewis B. Puller Jr


Usually Ships in 1-5 Days
Winner of the Pulitzer Prize, Lewis B. Puller, Jr.'s memoir is a moving story of a man born into a proud military legacy who struggles to rebuild his world after the Vietnam War has shattered his body and his ideals. Raised in the shadow of his father, Marine General Lewis B. Chesty Puller, a hero of five wars, young Lewis went to Southeast Asia at the height of the Vietnam War and served with distinction as an officer in his father's beloved Corps. But when he tripped a booby-trapped howitzer round, triggering an explosion that would cost him his legs, his career as a soldier ended, and the battle to reclaim his life began.