Getting Away with Murder: The True Story of the Emmett Till Case (Hardcover) 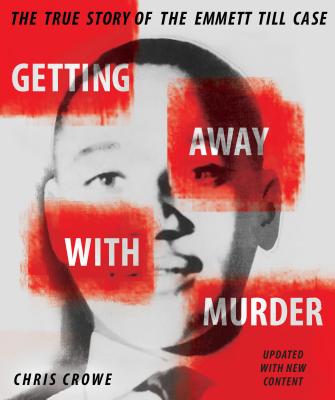 Revised and updated with new information, this Jane Adams award winner is an in-depth examination of the Emmett Till murder case, a catalyst of the Civil Rights Movement.

The kidnapping and violent murder of fourteen-year-old Emmett Till in 1955 was and is a uniquely American tragedy. Till, a black teenager from Chicago, was visiting family in a small town in Mississippi, when he allegedly whistled at a white woman. Three days later, his brutally beaten body was found floating in the Tallahatchie River.

In clear, vivid detail Chris Crowe investigates the before-and-aftermath of Till's murder, as well as the dramatic trial and speedy acquittal of his white murderers, situating both in the context of the nascent Civil Rights Movement. Newly reissued with a new chapter of additional material--including recently uncovered details about Till's accuser's testimony--this book grants eye-opening insight to the legacy of Emmett Till.

Chris Crowe was born in Danville, Illinois, and attended schools in Illinois, New Mexico, and California before his parents settled down in Tempe, Arizona, where he graduated from McKemy Junior High and McClintock High School. He attended Brigham Young University on a football scholarship (and played in the 1974 Fiesta Bowl) and earned a BA in English. He taught English at McClintock High for 10 years while attending Arizona State University part-time, earning his masters and doctorate degrees.

He is the author of several books, most notably MISSISSIPPI TRIAL, 1955, which won several awards, including the 2003 International Reading Association's Young Adult Novel Award. His nonfiction book, GETTING AWAY WITH MURDER: THE TRUE STORY OF THE EMMETT TILL CASE, was an Jane Addams Honor book. His first children's book, JUST AS GOOD: HOW LARRY DOBY CHANGED AMERICA'S GAME, appeared in 2012. His newest book is a historical novel DEATH COMING UP THE HILL, scheduled to be released in October 2014.

Chris married his high school sweetheart, and they live in Provo, Utah, where he works in the English department at BYU. They are the parents of four children and grandparents of two lovely girls and three handsome boys.


"This book is a mandatory addition to all libraries because of the impact and importance this crime had on our history." —School Library Journal

"Crowe's powerful, terrifying account does justice to its subject in bold, direct telling, supported by numerous archival photos and quotes from those who remember, including Emmett's mother." —Booklist