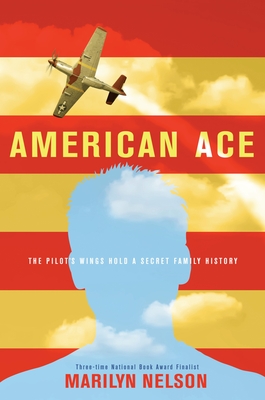 
Email or call for price.
This riveting novel in verse, perfect for fans of Jacqueline Woodson and Toni Morrison, explores American history and race through the eyes of a teenage boy embracing his newfound identity

Connor’s grandmother leaves his dad a letter when she dies, and the letter’s confession shakes their tight-knit Italian-American family: The man who raised Dad is not his birth father.

But the only clues to this birth father’s identity are a class ring and a pair of pilot’s wings. And so Connor takes it upon himself to investigate—a pursuit that becomes even more pressing when Dad is hospitalized after a stroke. What Connor discovers will lead him and his father to a new, richer understanding of race, identity, and each other.
Marilyn Nelson is a three-time National Book Award finalist, has won a Newbery Honor, a Printz Honor, and several Coretta Scott King Honors, and has received several prestigious poetry awards, including the Poets' Prize and the Robert Frost Medal "for distinguished lifetime service to American poetry." Her most recent book, How I Discovered Poetry, was named a Coretta Scott King Author Honor Book and an ALA Notable Children’s Book.
Praise for American Ace

“[Nelson’s] meticulous verse is the perfect vehicle to convey the devastating fragility of racial and familial identity in an America where interracial love is still divided through the problem of the color line.”—Kirkus Reviews, starred review

“Inspired by her father’s remarkable experiences as a Tuskegee Airman, esteemed historian-poet Nelson has aced it again. . . . This slice of history has been told before, but not like this.”—Booklist

“A quietly powerful story about race, ignorance, and identity from a poetry master.”—Bustle.com

“A skillful exploration into identity, culture, and race.”—Examiner.com

“A gorgeous story that stays with you long after you finish.”—Buzzfeed

“A bright spot in historical fiction.”—BookPage