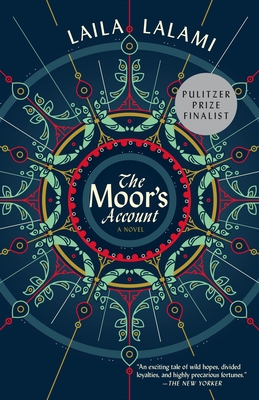 In these pages, Laila Lalami brings us the invented memoirs Mustafa al-Zamori, called Estebanico. The slave of a Spanish conquistador, Estebanico sails for the Americas with his master, Dorantes, as part of a danger-laden expedition to Florida. Within a year, Estebanico is one of only four crew members to survive.

As he journeys across America with his Spanish companions, the Old World roles of slave and master fall away, and Estebanico remakes himself as an equal, a healer, and a remarkable storyteller. His tale illuminates the ways in which our narratives can transmigrate into history—and how storytelling can offer a chance at redemption and survival.

Laila Lalami is the author of the short story collection Hope and Other Dangerous Pursuits, which was a finalist for the Oregon Book Award, and the novel Secret Son, which was on the Orange Prize long list. Her essays and opinion pieces have appeared in the Los Angeles Times, The Washington Post, The Nation, The Guardian, and The New York Times, and in many anthologies. She is the recipient of a British Council Fellowship, a Fulbright Fellowship, and a Lannan Residency Fellowship and is an associate professor of creative writing at the University of California at Riverside. She lives in Los Angeles.

“An absorbing story of one of the first encounters between Spanish conquistadores and Native Americans, a frightening, brutal, and much-falsified history that here, in her brilliantly imagined fiction, is rewritten to give us something that feels very like the truth.” —Salman Rushdie

“Stunning. . . . The Moor’s Account sheds light on all of the possible the New World exploration stories that didn’t make history.” —Huffington Post

“Lalami has once again shown why she is one of her generation’s most gifted writers.” —Reza Aslan, author of Zealot

“Compelling. . . . Necessary. . . . Laila Lalami’s mesmerizing The Moor’s Account presents us a historical fiction that feels something like a plural totality . . . a narrative that braids points of view so intricately that they become one even as we’re constantly reminded of the separate and often contrary strands that render the whole.” —The Los Angeles Review of Books

“A bold and exhilarating bid to give a real-life figure muzzled by history the chance to have his say in fiction.” —San Francisco Chronicle

“[A] rich novel based on an actual, ill-fated 16th century Spanish expedition to Florida. . . . Offers a pungent alternative history that muses on the ambiguous power of words to either tell the truth or reshape it according to our desires.” —Los Angeles Times

“Feels at once historical and contemporary. . . . For Lalami, storytelling is a primal struggle over power between the strong and the weak, between good and evil, and against forgetting. . . . Lalami sees the story [of Estebanico] as a form of moral and spiritual instruction that can lead to transcendence.” —The New York Times Book Review

“Meticulously researched and inventive. . . . Those interested in the history of the Spanish colonization of the Americas will find much to like in The Moor’s Account, as will lovers of good yarns of faraway lands and times.” —The Seattle Times

“Excellent historical fiction. . . . The way the Moor’s account differs from the Spaniards is amazing. It’s a play on perspective in more ways than one.” —Ebony

“Artfully conveys the politics and power dynamics of bondage. . . . Eloquently examines the subjectivity of narrative and the creation and manipulation of the truth. . . . With this magnificent novel, Lalami, through fiction, has penned a revelation and tribute to truth.” —The Millions

“Tremendous and powerful, The Moor’s Account is one of the finest historical novels I’ve encountered in a while. It rings with thunder!” —Gary Shteyngart

“Laila Lalami’s radiant, arrestingly vivid prose instantly draws us into the world of the first black slave in the New World whose name we know—Estebanico. A bravura performance of imagination and empathy, The Moor’s Account reverberates long after the final page.” —Henry Louis Gates, Jr.