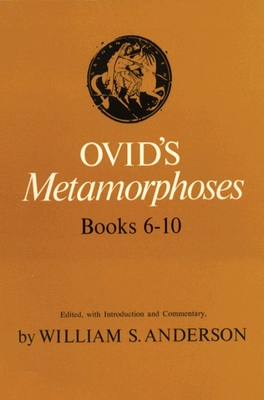 Ovid is a poet to enjoy, declares William S. Anderson in his introduction to this textbook. And Anderson's skillful introduction and enlightening textual commentary will indeed make it a joy to use.

In these books Ovid begins to leave the conflict between men and the gods to concentrate on the relations among human beings. Subjects of the stories include Arachne and Niobe; Tereus, Procne, and Philomela; Medea and Jason; Orpheus and Eurydice; and many others, familiar and unfamiliar. For students of Latin-and teachers, too-they provide an interesting experience.

In his introduction the editor discusses Ovid's career, the reputation of the Metamorphoses during Ovid's time and after, and the various manuscripts that exist or have been known to exist. He describes the general plan of the poem, its main theme, and the problem of its tone. Technical matters, such as style and meter, are also considered. In notes the editor summarizes the story being told before proceeding to the line-by-line textual comments.