Aztec Thought and Culture, Volume 67: A Study of the Ancient Nahuatl Mind (Civilization of the American Indian #67) (Paperback) 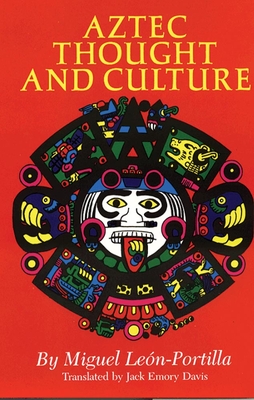 For at least two millennia before the advent of the Spaniards in 1519, there was a flourishing civilization in central Mexico. During that long span of time a cultural evolution took place which saw a high development of the arts and literature, the formulation of complex religious doctrines, systems of education, and diverse political and social organization.

The rich documentation concerning these people, commonly called Aztecs, includes, in addition to a few codices written before the Conquest, thousands of folios in the Nahuatl or Aztec language written by natives after the Conquest. Adapting the Latin alphabet, which they had been taught by the missionary friars, to their native tongue, they recorded poems, chronicles, and traditions.

The fundamental concepts of ancient Mexico presented and examined in this book have been taken from more than ninety original Aztec documents. They concern the origin of the universe and of life, conjectures on the mystery of God, the possibility of comprehending things beyond the realm of experience, life after death, and the meaning of education, history, and art. The philosophy of the Nahuatl wise men, which probably stemmed from the ancient doctrines and traditions of the Teotihuacans and Toltecs, quite often reveals profound intuition and in some instances is remarkably "modern."

This English edition is not a direct translation of the original Spanish, but an adaptation and rewriting of the text for the English-speaking reader.