Roots of Resistance: A History of Land Tenure in New Mexico (Paperback) 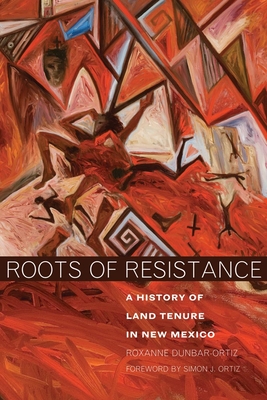 In New Mexico--once a Spanish colony, then part of Mexico--Pueblo Indians and descendants of Spanish- and Mexican-era settlers still think of themselves as distinct peoples, each with a dynamic history. At the core of these persistent cultural identities is each group's historical relationship to the others and to the land, a connection that changed dramatically when the United States wrested control of the region from Mexico in 1848.

In Roots of Resistance--now offered in an updated paperback edition--Roxanne Dunbar-Ortiz provides a history of land ownership in northern New Mexico from 1680 to the present. She shows how indigenous and Mexican farming communities adapted and preserved their fundamental democratic social and economic institutions, despite losing control of their land to capitalist entrepreneurs and becoming part of a low-wage labor force.

In a new final chapter, Dunbar-Ortiz applies the lessons of this history to recent conflicts in New Mexico over ownership and use of land and control of minerals, timber, and water.