Billy the Kid and Other Plays, Volume 10 (Paperback) 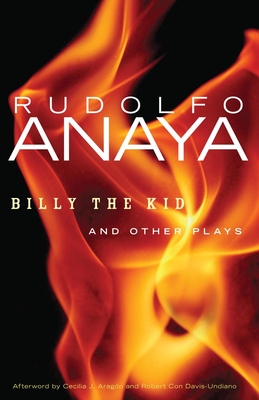 While award-winning author Rudolfo Anaya is known primarily as a novelist, his genius is also evident in dramatic works performed regularly in his native New Mexico and throughout the world. Billy the Kid and Other Plays collects seven of these works and offers them together for the first time. Like his novels, many of Anaya's plays are built from the folklore of the Southwest. This volume opens with The Season of La Llorona, in which Anaya fuses the Mexican legend of the dreaded "crying woman" with that of La Malinche, mistress and adviser to Hern n Cort's. Southwestern lore also shapes the title play, which provides a Mexican American perspective on the Kid--or Bilito, as he is known inNew Mexico--along with keen insight into the slipperiness of history. The Farolitos of Christmas and Matachines uncover both the sweet and the sinister in stories behind seasonal New Mexican rituals. Other plays here address loss of the old ways--farming, connection to the land, the primacy of family--while showing the power of change. The mystery Who Killed Don Jos ? uses the murder of a wealthy sheep rancher to look at political corruption and modernization. Ay, Compadre and Angie address aging and death, though with refreshing humor and optimism. Elegant and poetic, intense and funny, these are the plays Anaya considers his best. The author tells how each originated, while Cecilia J. Arag n and Robert Con Davis- Undiano offer critical analysis and performance history. Both Anaya fans and readers new to his work will find this collection a rich trove, as will community theaters and scholars in Chicano literature and drama.