The Man Who Could Fly and Other Stories, Volume 5 (Paperback) 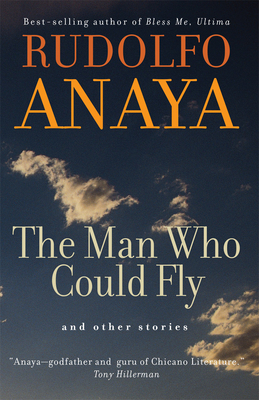 "I am continually thinking stories," writes Rudolfo Anaya. "Even when I am working on a novel, the images for stories keep coming."

Considered by many to be the founder of modern Chicano literature, Rudolfo Anaya, best known for Bless Me, Ultima and other novels, has also authored a number of remarkable short stories. Now for the first time, these stories, representing thirty years of Anaya's writing, have been collected into a single volume. They constitute the best and most essential collection of Anaya's short story work.

Unlike his novels, which range broadly over the American tapestry, Anaya's short stories focus on character and ethical questions in a regional setting--from the harsh deserts of the American Southwest and northern Mexico to the lush tropical forests of Uxmal in the Yucat n. These tales demonstrate Anaya's singular attitude toward fiction: that stories create myths to live and love by. "In the end the story has to speak for itself," Anaya writes. "Its purpose can be studied, but never fully known."

With The Man Who Could Fly and Other Stories, the reader ventures deeply into the world of Rudolfo Anaya, a world of magic, mystery, harsh realities, and redemption.