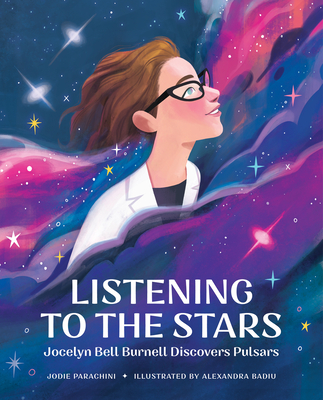 STARRED REVIEW As gorgeous as it is informative.--Kirkus Reviews starred review

A biography of astrophysicist Jocelyn Bell Burnell, who helped build a radio telescope that contributed to her discovery of pulsars, a new type of star. Some scientists consider it the greatest astronomical discovery of the twentieth century. Despite this achievement, she was overlooked in favor of two male colleagues when the Nobel Prize for physics was awarded. Bell is still working and teaching today, recognized for her contribution.