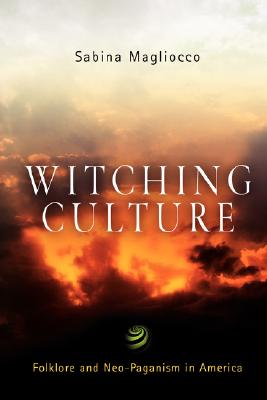 Taking the reader into the heart of one of the fastest-growing religious movements in North America, Sabina Magliocco reveals how the disciplines of anthropology and folklore were fundamental to the early development of Neo-Paganism and the revival of witchcraft. Magliocco examines the roots that this religious movement has in a Western spiritual tradition of mysticism disavowed by the Enlightenment. She explores, too, how modern Pagans and Witches are imaginatively reclaiming discarded practices and beliefs to create religions more in keeping with their personal experience of the world as sacred and filled with meaning. Neo-Pagan religions focus on experience, rather than belief, and many contemporary practitioners have had mystical experiences. They seek a context that normalizes them and creates in them new spiritual dimensions that involve change in ordinary consciousness.

Magliocco analyzes magical practices and rituals of Neo-Paganism as art forms that reanimate the cosmos and stimulate the imagination of its practitioners. She discusses rituals that are put together using materials from a variety of cultural and historical sources, and examines the cultural politics surrounding the movement--how the Neo-Pagan movement creates identity by contrasting itself against the dominant culture and how it can be understood in the context of early twenty-first-century identity politics.

Witching Culture is the first ethnography of this religious movement to focus specifically on the role of anthropology and folklore in its formation, on experiences that are central to its practice, and on what it reveals about identity and belief in twenty-first-century North America.