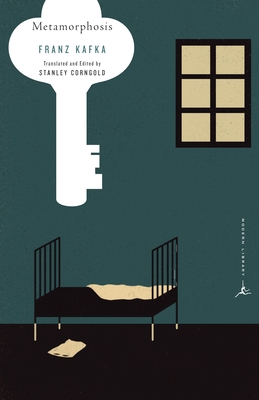 Translated, edited, and with an Introduction by Stanley Corngold
Featuring essays by Philip Roth, W. H Auden, and Walter Benjamin

“When Gregor Samsa woke up one morning from unsettling dreams, he found himself changed in his bed into a monstrous vermin.” With this startling, bizarre, yet surprisingly funny first sentence, Franz Kafka begins his masterpiece, The Metamorphosis. It is the story of a young man who, transformed overnight into a giant beetlelike insect, becomes an object of disgrace to his family, an outsider in his own home, a quintessentially alienated man. A harrowing—though absurdly comic—meditation on human feelings of inadequacy, guilt, and isolation, The Metamorphosis has taken its place as one of the most widely read and influential works of twentieth-century fiction.

Stanley Corngold is a professor emeritus of German and comparative literature at Princeton. He has published widely on modern German writers and thinkers (Nietzsche, Musil, Kraus, Mann, Benjamin, Adorno, among others), but for the most part he has been translating and writing on the work of Franz Kafka. In 2011 he was elected a Fellow of the American Academy of Arts & Sciences.

“Kafka’s survey of the insectile situation of young Jews in inner Bohemia can hardly be improved upon: ‘With their posterior legs they were still glued to their father’s Jewishness and with their wavering anterior legs they found no new ground.’ There is a sense in which Kafka’s Jewish question (‘What have I in common with Jews?’) has become everybody’s question, Jewish alienation the template for all our doubts. What is Muslimness? What is femaleness? What is Polishness? These days we all find our anterior legs flailing before us. We’re all insects, all Ungeziefer, now.”
—Zadie Smith

“Kafka engaged in no technical experiments whatsoever; without in any way changing the German language, he stripped it of its involved constructions until it became clear and simple, like everyday speech purified of slang and negligence. The common experience of Kafka’s readers is one of general and vague fascination, even in stories they fail to understand, a precise recollection of strange and seemingly absurd images and descriptions—until one day the hidden meaning reveals itself to them with the sudden evidence of a truth simple and incontestable.”
—Hannah Arendt