Ambivalent Engagement: The United States and Regional Security in Southeast Asia After the Cold War (Geopolitics in the 21st Century) (Hardcover) 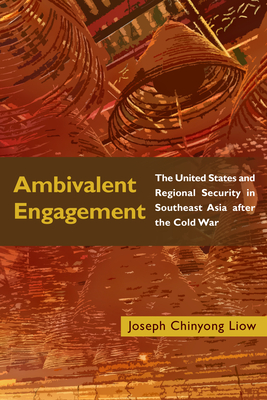 The paradox of U.S. involvement in Southeast Asia

The Obama administration's pivot-to-Asia policy establishes an important place for Southeast Asia in U.S. foreign policy. But Washington's attention to the region has fluctuated dramatically, from the intense intervention of the cold war era to near neglect in more recent years. As a consequence, countries in Southeast Asia worry that the United States once again will become distracted by other problems and disengage from the region.

This book written by an astute observer of the region and U.S. policy casts light on the sources of these anxieties. A main consideration is that it still is not clear how Southeast Asia fits into U.S. strategy for Asia and the broader world. Is the region central to U.S. policymaking, or an afterthought?

Ambivalent Engagement highlights a dilemma that is becoming increasingly conspicuous and problematic. Southeast Asia continues to rely on the United States to play an active role in the region even though it is an external power. But the countries of Southeast Asia have very different views about precisely what role the United States should play. The consequences of this ambivalence will grow in importance with the expanding role of yet another outside power, China.

Joseph Chinyong Liow is the inaugural holder of the Lee Kuan Yew Chair in Southeast Asia Studies and a former Senior Fellow at the Brookings Institution.