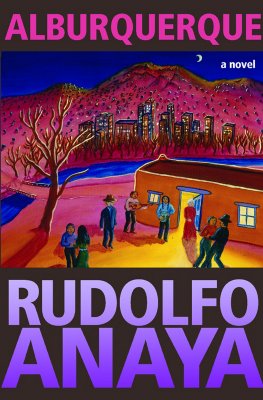 Alburquerque is a rich and tempestuous book, full of love and compassion, the complex and exciting skullduggery of politics, and the age-old quest for roots, identity, family. . . . There is a marvelous tapestry of interwoven myth and magic that guides Anaya's characters' sensibilities, and is equally important in defining their feel of place. Above all, in this novel is a deep caring for land and culture and for the spiritual well-being of people, environment, landscape.--John Nichols, author of The Milagro Beanfield War: A Novel

. . . Alburquerque portrays a quest for knowledge. . . . It] is a novel about many cultures intersecting at an urban, power-, and politics-filled crossroads, represented by a powerful white businessman, whose mother just happens to be a Jew who has hidden her Jewishness, . . . and a boy from the barrio who fathers a child raised in the barrio but who eventually goes on to a triumphant assertion of his cross-cultural self.--World Literature Today

Alburquerque fulfills two important functions: it restores the missing R to the name of the city, and it shows off Anaya's powers as a novelist.--Alan Cheuse, National Public Radio