Curse of the ChupaCabra (Paperback) 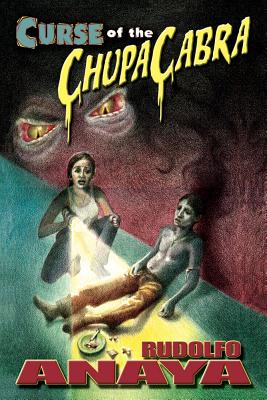 Is the ChupaCabra mythical or real? Stories of the creature abound in Latino communities. The illusive creature is said to suck the blood of goats. Thus, its name, goatsucker. Whenever a backyard goat or chicken is mysteriously killed, the story spreads in the barrio that the ChupaCabra struck.

When Professor Rosa Medina began to research the folklore of the ChupaCabra, she never expected to tangle face-to-face with the monster. Rosa journeys to Mexico to examine a ChupaCabra incident. The creature has killed a campesino in the jungle. And the drug traffickers who have captured the ChupaCabra also control a large drug shipment destined for Los Angeles.

The monster is set loose on the streets; so is the meth that is destroying the brains of the young and vulnerable. This fast-paced story moves from Mexico to Los Angeles to New Mexico. Danger lurks at every corner as Rosa fights to protect her students from the forces of evil.

Written for young adults, the story has a universal message. Only Rudolfo Anaya can combine the excitement of a thriller and the wisdom of traditional healings to create a page-turner that has lessons to teach us all.