Chupacabra and the Roswell UFO (Hardcover) 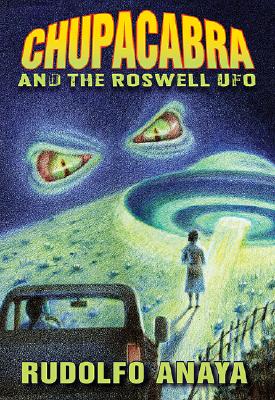 In this second ChupaCabra mystery, Professor Rosa Medina has just arrived in Santa Fe where she meets Nadine, a mysterious sixteen-year-old who insists that the two of them travel to Roswell, New Mexico. Nadine is convinced that C-Force, a secret government agency, has decoded the DNA of ChupaCabra and an extraterrestrial. If the two genomes are combined, a new and horrific life form will be created.

In this fast-paced mystery, Anaya expands the ChupaCabra folklore into a metaphor that deals with the new powers inherent in science. Is ChupaCabra a beast in Latino folktales, used to frighten children, or a lost species being manipulated by C-Force? Rosa's life hangs in the balance as she and her young accomplice try to find a way to stop C-Force before its mad scientists create a monster.