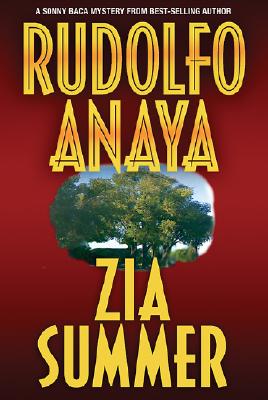 p> Rudolfo Anaya] continues to shine brightest with his trademark alchemy: blending Spanish, Mexican and Indian cultures to evoke the distinctively fecund spiritual terrain of his part of the Southwest. Here Sonny Baca, a 30-year-old fledgling PI, investigates the murder of his . . . cousin Gloria] who many years before had introduced him to love. Gloria's husband is worried most about the effect of the gruesome death (Gloria's body is found drained of blood, with a zia sun sign carved on her stomach) on his mayoral campaign in Albuquerque. Sonny believes Gloria's spirit calls to him for vengeance and pursues the case throughout New Mexico's South Valley, from the cocktail-party circuit of the arts community and the company of monied business developers to an assemblage of witches in an environmentalist commune in the mountains. . . .--Publisher's Weekly

. . . a compelling thriller. . . . Though satisfying purely as a mystery, the novel sacrifices none of Anaya's trademark spirituality--a connectedness to the earth and a deep-seated respect for the traditions of a people and a culture. . . . Read this multidimensional novel for its rich language and full-bodied characters. Anaya is one of our greatest storytellers, and Zia Summer is muy caliente --Booklist