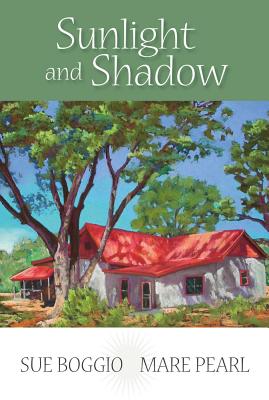 An acclaimed first novel by two award-winning New Mexico writers, Sunlight and Shadow is a story of family, friendship, and what it really means to have hope.

"Everything is going well for San Diego restaurateur Abby Silva. She is four months pregnant, and her husband Bobby is finished with his last tour as a Navy submariner, but their happiness is interrupted by a brutal robbery, followed by Bobby's father's sudden death. Bobby and Abby's mixed marriage angered their families. Her wealthy white parents disowned her after she married a Hispanic, and Bobby's father felt that his son was denying his heritage. Now Bobby wants Abby to have the baby in the tiny New Mexico town of Esperanza where he grew up so she can experience the feeling of 'La Familia, ' where everyone helps one another. Abby reluctantly agrees, then Bobby mysteriously disappears. The neighbors gather around to help, and new entanglements ensue in this wonderful first novel by two talented authors who vividly bring to life the beauty of New Mexico and its people."--Booklist

"Sue Boggio and Mare Pearl are vivid and sensual writers. From raising goats to making tortillas, life on a farm in Esperanza is beautifully described. Sunlight and Shadow captures the complexities of rural life in New Mexico and presents an intriguing mix of Anglo and Hispanic characters. The plot is fascinating and the characters are well developed. It's a wonderful book."--Judith Van Gieson

"Filled with emotion. A real winner of a story."--Tony Hillerman