The Gospel According to Billy the Kid (Paperback) 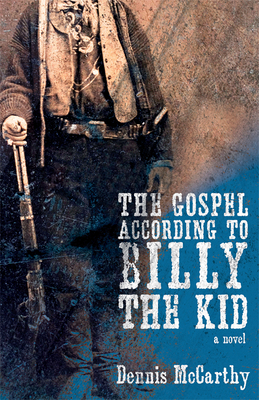 Like many good stories of the old West, this one begins in a saloon. In 1914 in El Paso, Texas, two strangers strike up a conversation at the bar--Bill Roberts, a real-life figure who died in Hico, Texas, in 1950, and a former US Army scout whose brother knew Roberts by another name: Billy the Kid.

So begins The Gospel According to Billy the Kid, a tale of the old New Mexico territory, corrupt lawmen, honest ranchers, murder, betrayal, and the explosive events of the Lincoln County War that sent young Billy off seeking justice--and headed toward a bloody rendezvous with a sheriff hired to track him down. In the saloon Roberts has us imagine another story, told thirty-three years later over shots of whiskey, about a young outlaw given a second chance to find himself, to find peace, and to finally grow up and out from under the shadow of his own infamy.