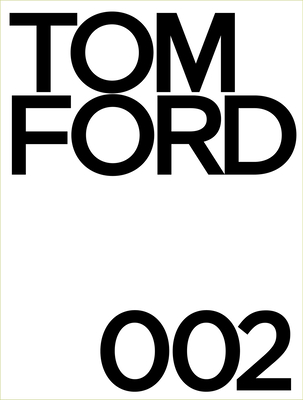 A fashion icon, provocative American designer Tom Ford brings us his highly anticipated second book, which takes readers through the illustrious trajectory of his billion-dollar luxury empire established in 2005.


Synonymous with high-octane glamour, opulent sexuality, and fearless fashion, Tom Ford is an iconic designer whose namesake label has devout followers across the globe, from Milan and New Delhi to Shanghai and New York. Seventeen years after his best-selling debut book Tom Ford (2004), which detailed his time as creative director for the Italian label Gucci, this second volume is a visual ode to Ford’s eponymous brand created in 2005 and encompasses cosmetics, eyewear, menswear, and his critically acclaimed womenswear line.

The revered designer not only catapulted his brand to the highest echelons of the fashion world—receiving accolades from the Council of Fashion Designers of America and Time magazine’s Best Designer of the Year—but also commanded the attention of Hollywood by featuring loyal A-list fans such as Julianne Moore, Lauren Hutton, Pat Cleveland, and Nicholas Hoult in his runway shows and advertising campaigns. This gorgeous slipcased volume includes dazzling imagery of Ford’s clothing and accessories designs, fashion editorials featuring top models such as Gigi Hadid, Joan Smalls, Mica Argañaraz, and Jon Kortajarena, and his signature sexually-charged advertising campaigns by photographers such as Inez & Vinoodh, Nick Knight, Steven Meisel, and Mert & Marcus.

This volume, printed with Forest Stewardship Council approved materials and edited by Ford personally, reflects his exceptional taste and unapologetic sensual aesthetic and is a true collector’s item for his devotees and connoisseurs of fashion, style, and design.

"Starting in the early ’90s, Tom Ford  spent a decade working tirelessly to bring a new level of glamour and success to Yves Saint Laurent and then Gucci; that time was caught in Ford’s first eponymous 416-page keepsake, Tom Ford, published in 2004. As a follow up to that tome, Ford announced today that he will be releasing a second hardcover, this time focusing on his post-Gucci years. Tom Ford 002 will cover everything that’s happened in the designer’s life since he left the Milan-based brand, including launching his namesake label, building up his beauty and fragrance lines, his decision to become a director, and receiving Oscar nods. Now nearing his 60th birthday and with almost 40 years in fashion under his bespoke belt, Ford enlisted Vogue editor in chief Anna Wintour to pen the 002’s forward, as well as AirMail founder and former Vanity Fair head Graydon Carter, to write the introduction. Friends in high places, eh?" —DAILY FRONT ROW

"Tom Ford will release his second book, Tom Ford 002, in November. Published by Rizzoli New York, it features a foreword by Anna Wintour, an introduction by Graydon Carter and a conversation with Bridget Foley. Ford released his first book, Tom Ford, 17 years ago (Rizzoli, 2004), which explored his time as creative director of Gucci. The second book is a visual compilation of Ford’s own brand, which he founded in 2005." —WOMEN'S WEAR DAILY

"TOM FORD 002 reflects the designer’s taste and unapologetic sensual aesthetic and is a true collector’s item for connoisseurs of unabashed style, design, and of Tom Ford the man." —MR MAGAZINE

"The special collection of photographs comes just in time for the holidays, as the perfect gift for any synonymous fashion lover and Ford fan." CRFASHIONBOOK.COM