What’s Sex Got To Do With It?: Darwin, Love, Lust, and the Anthropocene (Paperback) 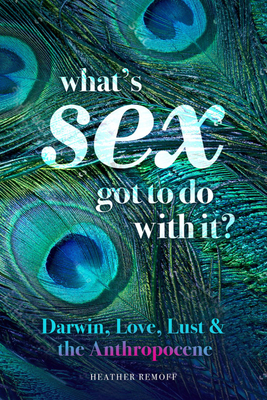 What’s Sex Got To Do With It?: Darwin, Love, Lust, and the Anthropocene (Paperback)

How better than to mark the 150th anniversary of Darwin’s book on human evolution than by challenging his theory with an updated version which instead places the female species at the centre of the theory. Sexual selection may have created us, but by refusing to take a good hard look at ourselves and our impact on the planet, we may be granting natural selection the power to eliminate us. A fascinating book which is both controversial and entertaining, and which will deepen your understanding of human evolution like you would never have imagined.

Heather Remoff has a B.A. in sociology from The Pennsylvania State University, an M.A. in sociology from The University of Missouri at Kansas City, and a Ph.D. in Anthropology from Rutgers, the State University of New Jersey. The Harry Frank Guggenheim Foundation provided support for Heather’s doctoral research.
"Remoff’s tour de force was inspired by the realisation that the Darwinian theory of evolution needed scrutiny from the female’s perspective. Darwin’s thesis rests on what she argues is a deeply flawed theory of human evolution. … Starting with the analysis of sex and the sins of our fathers, we are led to awkward questions. Ours is a bountiful world – so why is there so much poverty? Empathy is ingrained in our personalities – so why is there so much conflict? ... Nature is generous – so why do we abuse our habitats? We all come from the same biological stock – so why do we victimise people of a different colour?" —Fred Harrison, author of an extensive range of books, including Power in the Land, Boom Bust, Rent Unmasked, Ricardo’s Law