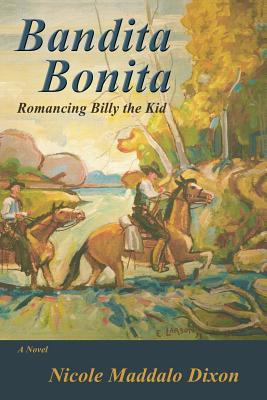 Precocious, spirited, bored, and outspoken, sixteen year old Elucia (Lucy) Grey Alexis Howard, is both out-of-place in and a prisoner of her wealthy life amongst the highest of New York's social elite and her father's ambitious pursuit of greater prosperity. Sent out west in 1877 to Lincoln County, New Mexico, to marry her pre-contracted fianc , John H. Tunstall, Lucy is inconsolable at the prospect of a loveless marriage when she meets and falls in love with pistoleer, Billy Bonney, a young, vivacious firebrand hired by John to work his land and provide protection from the dangers posed by John's nefarious competitor, J. J. Dolan and the entire Santa Fe Ring. When John pays the ultimate price and is murdered, refusing to succumb to the opposition and intimidation of his rivals, Lucy's own life is then in jeopardy. As a result of John's death, Billy and the other men working in John's employment are deputized to combat the tyranny of Dolan and the Ring. Fearing for Lucy, the newly deputized Lincoln County Regulators take her into their protective guard and into the hellfire of what becomes known as the Lincoln County War, the catalyst that inspires Lucy to wage her own personal war for freedom from her oppressive life and a desperate attempt to stay close to the man she loves, the boy about to become known to history as the incendiary notorious outlaw, Billy the Kid. Includes Readers Guide. NICOLE MADDALO DIXON was born in Philadelphia and raised in Bucks County, Pennsylvania where she lives with her husband, Wallace.