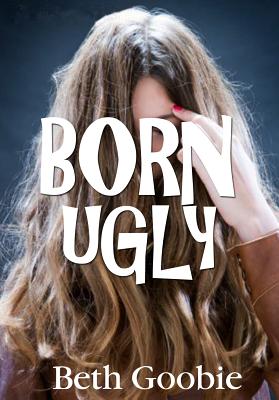 To say Shir is unpopular is an understatement. In fact she's less than homely, therefore a target of casual cruelty in high school. Even though she wishes to remain invisible, bullies find ways of tormenting her, viciously. Worse still, she's an outcast in her own family.

There are two areas where Shir can overcome her negative self-image. One is at her part-time job where the kindly Mr. A has hired her as the driver of his grocery delivery truck. The other is at her secret retreat - myplace - where she can sip her beer and watch the river, undisturbed.

But neither sanctuary is safe; Shir discovers that Mr. A's kindness is part of a plot to use her as an accomplice in shady dealings, and her haven by the river is intruded upon by a boy who simply won't go away. While these invasions shatter her initially, both lead to her throwing off the mantle of victim and asserting herself for the first time in her life.

Beth Goobie graduated from the University of Winnipeg and the Mennonite Brethren Bible College. She is an award-winning writer of young adult fiction including I'm Not Convinced, Mission Impossible and Before Wings. She lives in Saskatoon, Saskatchewan.

"This book will be enjoyed by those who like to root for the outsider and are not afraid of reading edgy material. This is a good addition to young adult collections." -- VOYA