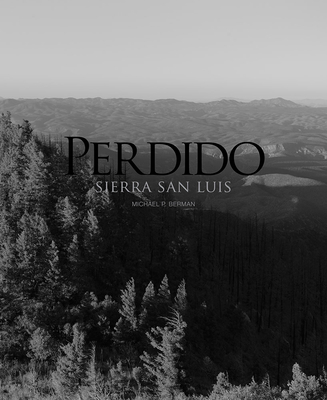 The remarkable Sierra San Luis forms the nexus of the Sierra Madres and the Rocky Mountains. The range runs north-south in the shape of a sleeping lizard. The high narrow pyramid of a head, Animas Peak, rests in the bootheel of New Mexico, and with a thin neck draped across the border the slumbering body curls into the Mexican states of Chihuahua and Sonora. Along the spine is a high ridge covered with sparse patches of six kinds of pine trees. The slope on the east side descends into the Chihuahuan Desert, a landscape of small mountains spotted with scrub oaks, sotol, and junipers that float in a sea of dry, yellow grasslands. To the west, on the horizon, sharp mountains and hard country fall off into the Sonoran Desert. This book brings attention to the question of how we protect the land at a seminal point in time. Berman wandered the Mexican borderlands occupied by ranchers, wildlife, and narcos. His documentation—photographs and words—explores the meaning of the beautiful and rugged landscape and provides a poetic understanding of how one learns to see the land. As Berman notes, the ecological systems on the planet are failing, yet in the Sierra San Luis the collapse has reversed itself—water, soil, and ecological diversity are all increasing in quantity and improving in quality. Why here and nowhere else? Adding to Berman’s photography and commentary, the book includes an essay by Rodrigo Sierra Corona, a biologist and ecologist who created one of the first biosphere reserves in Mexico along the US-Mexico border. He draws from his work to discuss the evolution of his vision and how a private reserve fits into the difficult task of land conservation in Mexico. In his evocative foreword, climate activist Tim DeChristopher remarks upon the “humbling reality of the mountains” and urges the importance of fighting to protect the earth. Rancher and conservationist Valer Clark contributes the afterword.

Michael P. Berman wanders the terrain of the American West and northern Mexico, and recently, has explored the extensive grasslands of Mongolia. To his art Berman brings an awareness of the complexity of the biological world. To the political and social dialogue of the West he brings his art as a catalyst to renew and heighten our perception of the land. Berman’s photographs have been exhibited widely and are in numerous collections including the Metropolitan Museum of Art, the Amon Carter, and the New Mexico Museum of Art. A former Guggenheim Fellow and recipient of the New Mexico Governor’s Arts Award, he is the author of GILA (MNMP) and was photographer on two books in Charles Bowden’s trilogy, TRINITY and INFERNO. He lives in southwestern New Mexico.