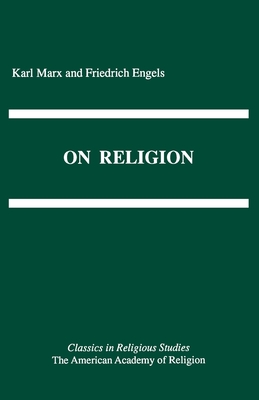 
Usually Ships in 1-5 Days
This is the most representative collection of writings on religion by the two founding fathers of communism. It presents the full arsenal of ideas with which Marx and Engels hoped to explode the religious foundations of all previous societies. Yet also in these writings, as Reinhold Neibuhr's Introduction reveals, are clues to that remarkable development whereby an irreligion was transmuted into a new political religion, canonized precisely in the writings of Marx as sacred scripture. Included are excerpts from Das Kapital, occasional journalistic pieces, private letters, and more formal philosophical writings.