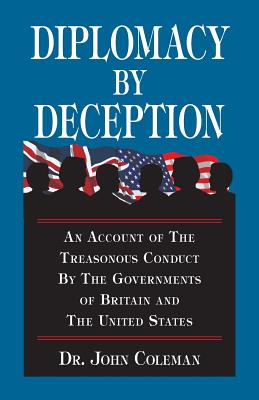 
Usually Ships in 1-5 Days
This is a true and accurate account of treasonous conduct by the British and American governments: An account of how their citizens are deceived by policies provoking actions that are totally detrimental to the well-being of their citizens. Thoroughly researched, the book provides a great deal of hitherto unpublished information and throws new light on such diverse operations as the Gulf War and the Bolshevik Revolution. The chapter on covert actions throws new light on the murder of Martin Luther King, Pope John Paul 1, and other notables marked for elimination. The bloodshed that resulted from the creation of an artificial "Saudi Arabia;" the foreign policy making role of the petroleum industry; the rape of Mexico by British and American oil barons; the revolutions they ignited which cost thousands upon thousands of lives; British conquest of India, the pernicious Indian "apartheid" caste system. These are some of the subjects dealt with in this historic expos of how our governments deceive us under the color of diplomacy. "Diplomacy By Deception" tells us that the United Nations is a war-making body, not a peace-keeping organization, and how the Rockefellers and Alger Hiss, aided by the top Illuminati Dulles family, got the United States involved with the United Nations. There is a masterly analysis of constitutional roadblocks barring U.S. membership of the United Nations that will come as a surprise and leave no doubt that we are not now, nor can we ever be, a member of the United Nations. "Diplomacy By Deception" will forever alter your perception of the two leading governments in Western civilization. This is an excellent companion book to the "Committee of 300" by the same author.