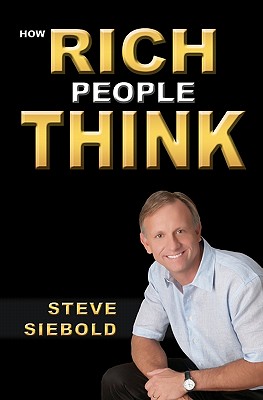 
Usually Ships in 1-5 Days
This book will teach you how rich people think. It compares the thoughts, habits and philosophies of the middle class to the world class when it comes to wealth. The differences are as extreme as they are numerous. The strategy is simple: learn how rich people think, copy them, take action and get rich. This book hits hard and never lets up. It's based on a quarter century of interviews with millionaires. It's written in unfiltered, politically incorrect language that makes the point crystal clear and easy to follow. The hundreds of millionaires interviewed for this book had nothing to gain by sharing their secrets, nor any interest in sugar-coating their advice. These people gave me unprecedented access to their lifestyle and playgrounds; from Palm Beach to Aspen. I was searching for the raw, uncensored truth about how rich people think, and they agreed to share it with me on the promise that their names never be published and their remarks never made public. I've mixed their wisdom with my words, and the result is a book so brutally honest it will shock some and inspire others. If you've ever dreamed of living a life most people only see in movies, study this book like a scientist. Freedom from financial worries and a millionaire's lifestyle is closer than you think.
Steve Siebold is a former professional athlete and national coach He's spent the past 26 years studying the thought processes, habits, and philosophies of world class performers. Today he helps Fortune 500 companies increase sales through mental toughness training. His clients include Johnson & Johnson, Procter & Gamble and Toyota. He's written four other books on mental toughness, two of which have become business best-sellers with over 130,000 copies in print. His national television show, Mental Toughness with Steve Siebold, won the 2007 Telly Award. In the past 6 months, Steve has been interviewed on the Today Show, Good Morning America, ABC News, The BBC in Europe, NBC Australia, and dozens of others. As a professional speaker, Steve ranks among the top 1% of income earners worldwide. Steve's blog, MentalToughnessBlog.com is currently one of the fastest growing audio/video blogs on the Internet.