The Highwayman of Tanglewood (Paperback) 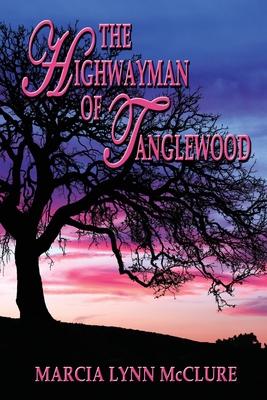 A chambermaid in the house of Tremeshton, Faris Shayhan well knew torment, despair, and trepidation. To Faris it seemed the future stretched long and desolate before her-as bleak and dark as a lonesome midnight path. Still, the moon oft casts hopeful luminosity to light one's way. So it was that Lady Maranda Rockrimmon cast hope upon Faris-set Faris upon a different path-a path of happiness, serenity, and love. Thus Faris abandoned the tainted air at Tremeshton in favor of the amethyst sunsets of Loch Loland Castle and her new mistress, Lady Rockrimmon. Further, it was on the very night of her emancipation that Faris first met the man of her dreams-the man of every woman's dreams-the rogue Highwayman of Tanglewood. Dressed in black and astride his mighty steed, the brave, heroic, and dashing rogue Highwayman of Tanglewood stole Faris's heart as easily as he stole her kiss. Yet the Highwayman of Tanglewood was encircled in mystery-mystery as thick and as secretive as time itself. Could Faris truly own the heart of a man so thoroughly enveloped in twilight shadows and mysterious secrets?