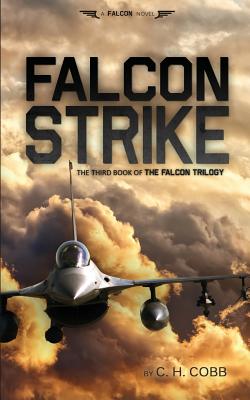 This is book number 3 in the Falcon Trilogy series.

Eight scientists and an Israeli military officer have vanished, victims of an aggressive Soviet espionage program. Major Jacob Kelly is the only American who knows exactly where they are and why they've been taken. Jailed on the suspicion of spying for the USSR, Kelly must escape the clutches of the United States government in order to stage a daring rescue operation. The clock is ticking as his American captors play right into the hands of the Soviets, who intend to eliminate all witnesses and anyone else who gets in their way.

Falcon Strike, the exciting conclusion of the Falcon Series, will keep you on the edge of your seat as lethal action ranges from Alaska to northern Virginia to the Siberian Far East.

Chris Cobb's resume reads like a patchwork quilt. He's driven a forklift, worked as a technician doing component-level repair on digital circuitry, been a programmer-analyst, a data-center shift operator, taught high school science and mathematics, and been an Information Technology Director at a graduate school. Most of his career he's been a pastor. He lives with his wife, Doris, in western Ohio, and is presently the teaching pastor at Bible Fellowship Church in Greenville, OH. They have three adult children, two fine sons-in-law and a wonderful daughter-in-law, all of whom are actively engaged serving Christ in the arts at some level. Chris received Jesus Christ as his Savior in 1974, and seeks to incorporate a biblically faithful worldview into everything he does, including his writing. You can find Chris on Facebook, or find additional works by him at chcobb.com.