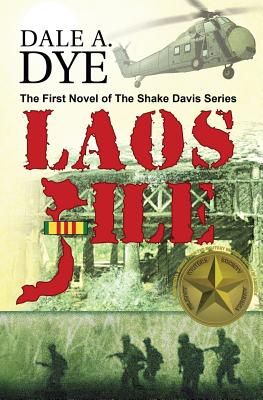 This is book number 1 in the Shake Davis series.

The death of a salty old senior NCO who ran special operations in Vietnam, and discovery of detailed notebooks he kept on those classified missions, leads Marine Gunner Shake Davis on a shocking and potentially lethal quest to find out happened to hundreds of American POWs who disappeared along the infamous Ho Chi Minh Trail. Davis attaches himself to an official post-war stabilization mission designed to establish normal relations between his nation and the DRV with a secret agenda to prove - or disprove once and for all - what he suspects might be the final fate of many Americans still listed as Missing In Action from the Vietnam War. Davis finds himself back fighting a war he thought ended long ago and narrowly escapes assassination by former enemy forces who desperately want their secret buried along with the bodies they claim were simply casualties of war ... rather than murder victims.

"Not Many Marines can claim the titles "killer" and "writer." Add one more victory to the long list. Great book Told in salty jargon, as only a Captain of Marines can do."