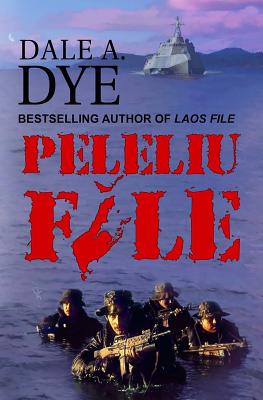 This is book number 2 in the Shake Davis series.

While searching for answers to World War II mysteries on the infamous island of Iwo Jima, retired Marine Gunner Shake Davis answers a call on his satellite phone. Not long after that he's back in the counter-terrorism game and immersed eyeball-deep in desperate attempts to prevent a unique and very deadly biological warfare attack. His efforts to help thwart what could be a devastating threat to populations around the globe takes him on a whirlwind trek through the South Pacific with stops at some of the most familiar battlegrounds of the Second World War including the Philippines, Wake Island and Peleliu. His intimate knowledge of the history, people and places involved makes him an invaluable asset in a desperate chase across the vast reaches of the South Pacific. Along the way Shake teams up with new allies including U.S. Army Special Forces and a SEAL Team operating from one of the Navy's newest and most capable littoral combat ships. He also reunites with familiar characters from his earlier sojourn in Southeast Asia in pursuit of the Laos File. Gunner Shake Davis USMC is back...and this time he's up against a ruthless enemy using science as a weapon and bound to let the evil genie of germ warfare out of the bottle.

"As a Navy SEAL and combat veteran I participated in numerous highly sensitive operations around the world during my 24 years of military service. The Peleliu File is a captivating journey into the dark world of International Terrorism and the brave people that confront the global threat. Dale Dye's masterful understanding of Transnational Terrorism, Weapons of Mass Destruction and Military Operations create an exciting and dynamic novel. " -- Rick Toms, Navy SEAL, LCDR (Ret)