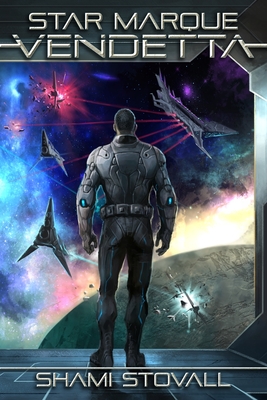 Planet Governor Endellion Voight is an inspiration among humans-finally one of their own stands with the elite superhumans. Captain Clevon Demarco will stop at nothing to see her destroyed.

"Action fans will enjoy the violence and scheming that drive this story of guile and dark ambition."

Clevon Demarco runs the Star Marque with one goal in mind: forcing Endellion to answer for her crimes against him, the rest of the crew, and the millions she killed. And while he claws his way up the mercenary ranks, Cleveon catches the eyes of several superhuman generals-each wanting to see Endellion fall for their own reasons.

Caught in a power play between titans, Demarco is faced with a conflict that troubles him more than Endellion herself.