Papa, Where Are You? (Paperback) 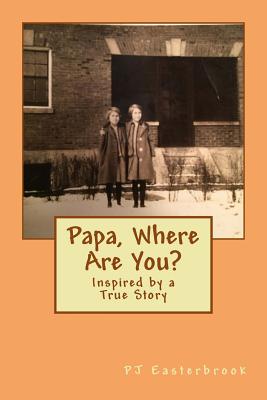 Papa, Where Are You? (Paperback)


Usually Ships in 1-5 Days
Abruptly taken from their family, separated from their father, and abandoned in an orphanage, two sisters face their future all alone. Set in the 1920's and based on a true story, Betty and Julie live through six terrifying years of their life and seek to understand their ordeal. It's a story of faith, resilience, and strength of two young girls.
PJ has dabbled in writing as long as she can remember, getting serious with her poetry in her 20's. Never going as far as to seek publication, over the years she kept putting her thoughts to paper. Several years ago, PJ began writing a series of storybooks for her grandchildren, placing them into each story and using many, many pictures. Every Christmas they now anticipate and ask for them. The legal documents and actual letters for Papa, Where Are You? were found more than 30 years ago, in the attic of the big family homestead. PJ knew one day she would write the story. Originally from Pennsylvania, she now resides in Missouri with her husband, and as a mother, is blessed by her two children, their spouses and eight grandchildren. In addition, included in her extended family of blessings are her husband's four children, spouses, and six grandchildren. As often as possible, she and her husband visit them all. PJ considers herself blessed through the grace of God.