Light as a Feather: An Anthology of Resilience: Second Edition (Paperback) 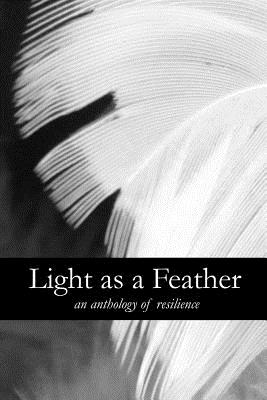 Light as a Feather: An Anthology of Resilience: Second Edition (Paperback)


Email or call for price.
Light as a Feather, Second Edition takes the focus on eating disorders from the mere act of survival into the courageous world of resilience. The authors within, through wit, humor, and ruthless self-reflection, pull back the curtain on what is often misunderstood, even considered too taboo to discuss outside of hushed voices. Eating disorders have long been perceived as a one trick pony. The truth is far more nuanced, spreading across biological sex, gender identity, ethnic background, race, and creed. Light as a Feather feasts its truth before you like a banquet, with prose and poetry shining across the table, delicacies ready to be plucked. Each story is a peek into an individual universe unique in its own existence. Yes, this book is about disorders, but each writer's experience could not be more diverse. Yet all are threaded together somehow, with a gentle and raw humanity that will ring true even with the most hesitant of readers. However, do not make the mistake of believing this carefully crafted work will pull its punches. Light as a Feather, Second Edition is violent in its lack of apology. When a group of survivors gather to share their stories, they do so with shocking brutality. In fact, they wear their own flawed humanity so keenly, you cannot help feeling your own internal urgency to unburden the truth. Let reading Light as a Feather make you brave, as brave as the contributors found within these pages.