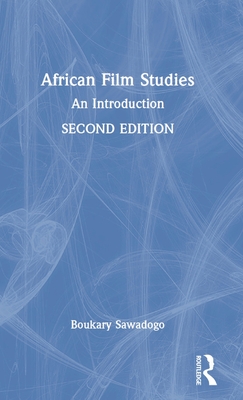 African Film Studies is an accessible and engaging introduction to African cinemas, showcasing the diverse cinematic expressions across the continent. Bringing African cinemas out of the margins and into mainstream film studies, the book provides a succinct overview of the history, aesthetics, and theory of sub-Saharan African cinematic productions.

Updated throughout, this new edition includes new chapters on Nollywood, Ethiopian cinema, Streaming, and the rise of televisual series, which serve to complement the book's main themes:

All chapters include case studies, suggestions for further reading, and screening lists to deepen the reader's knowledge, with no prior knowledge of African cinemas required. Students, teachers, and general film enthusiasts would all benefit from this accessible and engaging book.

Boukary Sawadogo is an Associate Professor of Cinema Studies at the City University of New York's City College and CUNY Graduate Center. As a specialist in African cinemas, he has published extensively through film reviews, articles, book chapters, and three books. Since 2020, he is the founding director of Harlem African Animation Festival.