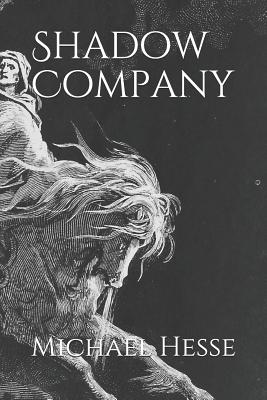 Black magic is a disease. Shadow Company is the cure.

Thorn was lucky or so he was told. Most witches caught outside the internment camps end up doing hard time. Some just disappear. When the Office of State Security offered Thorn a choice between a trial for black magic or parole to America's counter-sorcery force, he jumped at the chance. Ten years in a Shadow Company uniform sounded like a better gig than life behind bars. But things aren't always as simple as they appear.

For seventy years, America has fought a magical cold war against the Thule sorcerers of the European Reich. But things are heating up again...

Everything changes when Thorn's unit is sent to Mosul to eliminate Alarwi; a terrorist who throws spells like roadside bombs. In the bones of the ancient city, Thorn uncovers a Thule plot to release the Quarternary of the Attitude. If these demon princes break free, they'll bring more than beer and pretzels to the party. They'll bring Hell itself to earth.

While in pursuit of the architects behind the plot, clues surface indicating that Thorn's tangled past is somehow involved. In order to clear his name and stop the Thule, Thorn will be forced to betray his unit and confront his past. But how can anyone hope to stop a prince of Hell?