The Secret Mansion: Inside The Rooms (Middle-Grade Mystery) (Paperback) 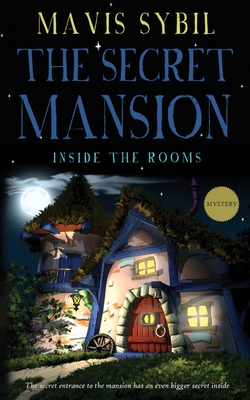 Long ago, a strange hermit built a secret mansion in the woods. Now, three boys have to discover his secret before something precious is destroyed forever.

Hiram Crandon was odd; everyone in town believed that he practiced dark magic out in the forest. They gossiped about him, feared him, and tormented him until he disappeared forever. But he was hiding something ... something that the wicked Mayor Hocek will stop at nothing to take for himself.

Elton, Brian, and Jerry are three eleven-year-old boys at a summer camp for the first time. And guess what: they hate it Elton misses his cell phone; Brian is scared of his own shadow, and Jerry is allergic to everything. Their parents want them to learn character, so they're stuck in the middle of the wilderness, swimming, hiking, and canoeing. And they're miserable. No air conditioning, no Wi-fi, no Twinkies, and no way out for a whole week.

Not only that but they're being picked on by the rude bully Jackson Hocek (yep, son of the evil mayor whose father tried to have Hiram Crandon murdered long ago). Jackson won't quit tormenting the three friends until they venture out at night to explore the strange, haunted Crandon Manor. It's not enough that Brian almost drowns, and Jerry panics over a turtle peeing on him; nope, they're stuck walking through the eerie woods at midnight, jumping at every sound, possibly doomed to suffer the same fate as others who have visited the secret mansion.

At last, they come upon the manor. Three stories of stone and wood soar above the frightened boys. An owl hoots in the distance; a sudden scuffle in the trees might be a fox... or a wolf.

Through the ancient windows, a light shines - but how can that be? The mansion has been abandoned for years Hasn't it? Too afraid to try the front door, they slip around the side of the enormous house. Inside are countless rooms - far too easy to get lost in. It's a labyrinth inside, and what secrets could this strange house possibly hold?

At last, they reach the back of the house, next to the lake. In the moonlight, the waves lap gently against the shore. Surely this beautiful place can't be haunted ...

They go inside. What they find is shocking - an old man with a sword, weeping before a fire.

What awaits them is an adventure, terror, friendship, and a secret so precious that they'll need to combine all their resources to protect it.