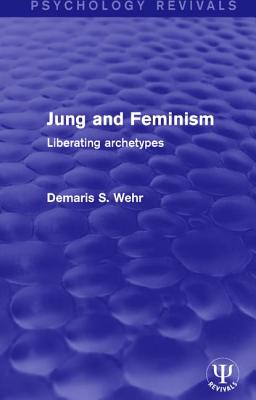 Jung, in contrast to Freud, has typically been considered more sympathetic to women largely because of his emphasis on the feminine as a way of being in the world and on the 'anima', the unconscious feminine aspect of male personality. Feminists, however, have viewed Jung's whole notion of the 'feminine' with suspicion, seeing it as a projection of male psyche and not an authentic understanding of female humanity.

For Demaris Wehr both feminism and Jungian psychology have been guiding forces, and in this book, originally published in 1988, she mediates between feminists and classical Jungians - two groups historically at odds. She faces squarely the male-centred assumptions of some Jungian concepts and challenges Jung's claims for the universality and purely empirical basis of his work, but nevertheless maintains an appreciation for the value of Jung's understanding of human nature and the process of individuation. By bringing the insights of feminist theology to bear on the seemingly unbridgeable gap between analytical psychology and feminism, she succeeds in reclaiming Jungian psychology as a freeing therapy for women and reveals it as the ultimately liberating vision its founder intended it to be.