The Universal Computer: The Road from Leibniz to Turing, Third Edition (Paperback) 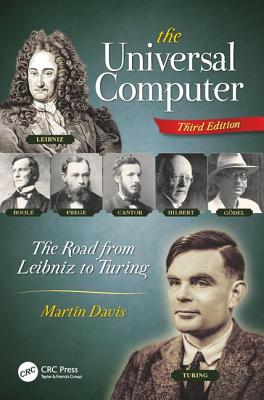 The Universal Computer: The Road from Leibniz to Turing, Third Edition (Paperback)

The breathtakingly rapid pace of change in computing makes it easy to overlook the pioneers who began it all. The Universal Computer: The Road from Leibniz to Turing explores the fascinating lives, ideas, and discoveries of seven remarkable mathematicians. It tells the stories of the unsung heroes of the computer age - the logicians.

A distinguished prize-winning logician, Martin Davis has had a long career of more than six decades devoted to the important interface between logic and computer science. Born in New York City, he received his Ph.D. from Princeton University in 1950. He spent thirty years at New York University, where he helped found the computer science department. His expertise, combined with his genuine love of the subject and excellent storytelling, make him the perfect person to tell this story. Professor Davis is currently Professor Emeritus at New York University and now lives with his wife of 66 years in Berkeley, California.