A New Look at New Realism: The Psychology and Philosophy of E. B. Holt (Paperback) 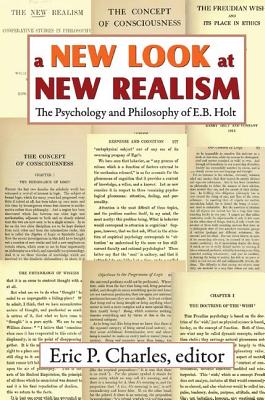 This volume brings to the attention of contemporary readers a tradition of psychological thought that has received little attention over the last century. Psychology's history has been unimaginatively presented as a fight between behaviorists and mentalists. A third alternative, the New Realism, which cuts through that dichotomy, has been lost. "The New Realism" was indeed once new. This volume provides a glimpse of how this school of thought attempted to redefine the notion of mental processes, including consciousness, in psychological theorizing. Holt's rejected the nativity of iconoclastic Watsonian behaviorists, and thus the New Realism was thoughtful in ways that behaviorist social engineering was not. The implications of these innovations in psychological theorizing are traced from the beginning of the twentieth century to the contemporary period. The contributors provide these intellectual links, along with efforts to look at the relatedness of the human organism and its world. At their beginning, these ideas are embedded in a reverence for William James's work, particularly his later Radical Empiricism. In contemporary psychology, this legacy has given us the framework of ecological psychology as we know it today, and provides the basis for several modern critiques of cognitive psychology. The present volume opens the door for future historical inquiries. This is an exemplary addition to the series on the History of Psychological Ideas.