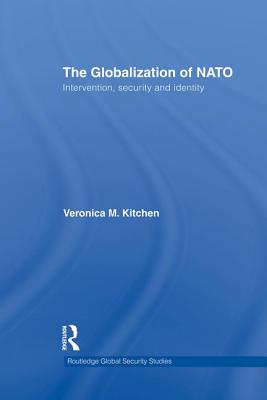 This book examines NATO's transition from a Cold War mutual defence organization into a global alliance, and puts the recent crisis over the Afghanistan mission in the context of long-standing debates over out-of-area interventions.

Originally, NATO bound the western allies together for the purposes of mutual defence as defined by Article 5 of the North Atlantic Treaty, which declared that an attack on the territory of one ally was to be considered an attack on them all. However, Article 4 of the Treaty invites the allies to consult with each other on a less formal basis whenever their 'territorial integrity, political independence, or security' was threatened, without the automatic commitment to a shared response. During the Cold War, the allies consulted both formally and informally on issues beyond mutual defence in debates that were, more often than not, extremely contentious. After the Cold War, these out-of-area missions became the primary focus of NATO's military missions. The allies had to debate the scope of co-operation for every mission they considered undertaking collectively. This book argues that NATO's identity has changed from a Cold War mutual defence organization to a global alliance in the course of debates over how to respond to the changing circumstances of its security environment.

This book will be of much interest to students of security studies, international organisations, contemporary history and IR in general.

Veronica M. Kitchen is Assistant Professor of Political Science at the University of Waterloo, Canada.