True Crime Addict: How I Lost Myself in the Mysterious Disappearance of Maura Murray (Hardcover) 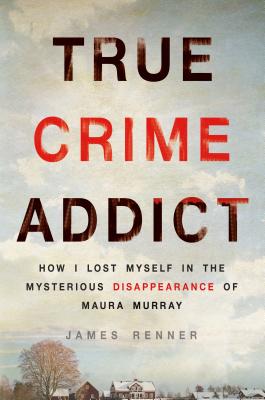 When an eleven year old James Renner fell in love with Amy Mihaljevic, the missing girl seen on posters all over his neighborhood, it was the beginning of a lifelong obsession with true crime. That obsession leads James to a successful career as an investigative journalist. It also gave him PTSD. In 2011, James began researching the strange disappearance of Maura Murray, a UMass student who went missing after wrecking her car in rural New Hampshire in 2004. Over the course of his investigation, he uncovers numerous important and shocking new clues about what may have happened to Maura, but also finds himself in increasingly dangerous situations with little regard for his own well-being. As his quest to find Maura deepens, the case starts taking a toll on his personal life, which begins to spiral out of control. The result is an absorbing dual investigation of the complicated story of the All-American girl who went missing and James's own equally complicated true crime addiction.

James Renner's True Crime Addict is the story of his spellbinding investigation of the missing person's case of Maura Murray, which has taken on a life of its own for armchair sleuths across the web. In the spirit of David Fincher's Zodiac, it is a fascinating look at a case that has eluded authorities and one man's obsessive quest for the answers.

JAMES RENNER is the author of The Serial Killer's Apprentice and several other works of nonfiction. His true crime stories have appeared in The Best American Crime Writing anthology, as well the Cleveland Scene and Cracked.com. His method of using social media to solve cold cases was the subject of a CNN profile, in 2015. He has also written two novels, The Man from Primrose Lane and The Great Forgetting. He lives in Akron with his wife and children.

“You have not read a book like this before and, I’d wager, you’ll not engage with its like again...Renner is a tantalizing and almost gleeful tour guide to and through the impulses of the armchair detective.” —StarTribune

“Renner keeps digging until the toll of his obsession creeps into his personal life…[He] shares snippets of his own life while collecting bits of Murray's, almost balancing out the scales of information. The mystery of Murray's whereabouts is baffling...Renner keeps searching for the truth before the case consumes him. His chipping away at the facts of a ten-year-old case makes the reader hope that, in the end, the answers will be uncovered. An entrancing, brilliant next step for fans of the podcast Serial, Netflix's Making a Murderer, and other true crime cases.” —Library Journal, starred review on True Crime Addict

“Renner's walk on the dark side makes for a highly compelling read.” —Kathryn Casey, bestselling author of Deliver Us on True Crime Addict

"Renner’s personal involvement in the case—and his self-destructive, relentless dedication to confronting the darkness at the heart of it[...is] noteworthy." —Publishers Weekly on True Crime Addict