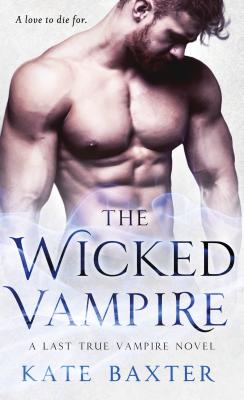 This is book number 6 in the Last True Vampire series series.

He was one of the most feared creatures in the supernatural world, and yet, she was drawn to him unlike any other. His scent ignited her thirst. The sight of him drove her mad with want…

Lovers forever—or enemies to the death?

Sasha Ivanov was born to be wild. A vampire party girl, she stalks the L.A. clubs at night. Dancing. Drinking. Indulging her darkest appetites. Never sated, she’s always looking for more: more danger, more excitement, more blood. But when she enters a supernatural fight club—and is tethered to her mortal enemy—Sasha realizes she’s playing the most dangerous game of all…

Ewan Brún was born to kill vampires. A powerful berserker and unbeaten champion, he doesn’t need a weapon to be deadly. He is the weapon. But when his soul becomes captive to the most beautiful vampire he’s ever seen, he is all but powerless. He cannot resist Sasha—and cannot fight his desires. Is their love strong enough to defeat the gathering forces of darkness that threatens to destroy them both?

“The chemistry is electric.”
—San Francisco Book Reviews on The Last True Vampire

Kate Baxter is the author of THE LAST TRUE VAMPIRE. She's a die-hard romantic with a thing for Shakespeare. She lives in the great northwest where she hides away to write about all things fanged, furry, and undead.

"The best book to date in Baxter's (The Lost Vampire, 2017, etc.) LAST TRUE VAMPIRE series. Electric and dangerous; a must-read for paranormal romance fans." - Kirkus Reviews on The Wicked Vampire

"Plenty of excitement and romance." - Publishers Weekly on The Untamed Vampire

"A romance rich with passion, intense emotion and the sweet promise of immortal love." - RT Book Reviews on The Last True Vampire