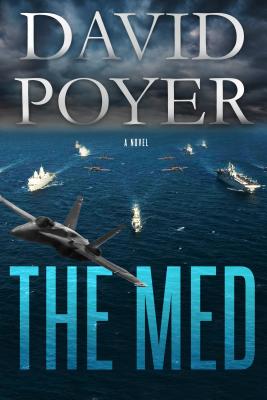 This is book number 1 in the Dan Lenson Novels series.

A powerful and fast-moving tale of the Navy-Marine Corps team in action, on a dangerous mission in the volatile Eastern Mediterranean.

Cloaked by the mists of dawn, Task Force 61-- carrying tanks, aircraft, and over 5000 Marines-- steams toward Syria with deadly intent. Their mission: rescue 100 hostages from a terrorist stronghold-- alive.

With realism seldom seen in military fiction, The Med is a magnificent and timely epic that brings the human drama of armed conflict compellingly to life. Driven by believable, flesh-and-blood characters, it is a painstakingly detailed portrait of amphibious warfare as only David Poyer can paint it. The Med is today's most explosive tale of international crisis, personal valor, and emotional struggle-- a disturbingly plausible novel that crackles with non-stop action.