The Whisper Man: A Novel (CD-Audio) 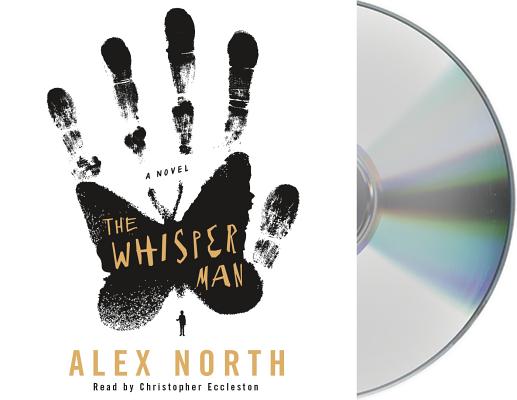 By Alex North, Christopher Eccleston (Read by)
$39.99
Email or call for price.

“A creepy, sinister, can’t-put-it-down story of a town that survives and then relives the crimes of a child serial killer. For those who love psychological thrillers (with the absence of gore but plenty of plot twists and turns), The Whisper Man is a grand ride into the minds of those who kill and those who are victims. You’ll find yourself looking over your shoulder when reading this book. Don’t stand too close to an open window...”
— Helen Gregory, Maria's Bookshop, Durango, CO

“Yikes...this one will keep you up at night! Alex North has crafted an ideal thriller, complete with a spine-tingling premise (a serial killer lures his victims outside by whispering outside their windows), a compelling protagonist (a struggling widower with a sweet young son), and two well-drawn detectives. Fans of Jane Harper, Tana French, and Thomas Harris, take note.”
— Emilie Sommer, East City Bookshop, Washington, DC

"Reader Eccleston...adds flavor to the tale. He reads with a fervor that gives the story a strong sense of suspense." -- Booklist

This program is read by acclaimed British actor Christopher Eccleston.

In this psychological thriller, Alex North weaves a multi-generational tale of suspense, as a father and son are caught in the crosshairs of an investigation to catch a serial killer preying on a small town.

After the sudden death of his wife, Tom Kennedy believes a fresh start will help him and his young son Jake heal. A new beginning, a new house, a new town. Featherbank.

But the town has a dark past. Twenty years ago, a serial killer abducted and murdered five residents. Until Frank Carter was finally caught, he was nicknamed "The Whisper Man," for he would lure his victims out by whispering at their windows at night.

Just as Tom and Jake settle into their new home, a young boy vanishes. His disappearance bears an unnerving resemblance to Frank Carter's crimes, reigniting old rumors that he preyed with an accomplice. Now, detectives Amanda Beck and Pete Willis must find the boy before it is too late, even if that means Pete has to revisit his great foe in prison: The Whisper Man.

And then Jake begins acting strangely. He hears a whispering at his window...

Praise for The Whisper Man:

"The Whisper Man is the most unsettling thriller I have read since Jo Nesbo’s The Snowman. Much more than the sum of its parts, it is nightmarish and disturbing and, at the same time, a moving and life-affirming novel about fathers and sons, and grief, loss, and recovery." -Alex Michaelides, author of the #1 New York Times bestseller The Silent Patient

“There’s a soft voice outside your window and it demands your attention. The Whisper Man is coming. In fact, he’s already here. Get ready to be unnerved. This novel is thrilling." - Brad Meltzer, #1 New York Times bestselling author

Alex North is the internationally bestselling author of The Whisper Man and The Shadows. He lives in Leeds, England, with his wife and son, and is a British crime writer who has previously published under another name.

Praise for The Whisper Man:
"Narrator Christopher Eccleston builds suspense while leaving much to the imagination of the listener." -Library Journal

"Reader Eccleston has a strong but easily understood English accent that adds flavor to the tale. He reads with a fervor that gives the story a strong sense of suspense. Interestingly, he varies his tone only slightly as he reads the characters' dialogue, but so much of the tale is the finely scripted narrative hovering around Willis and Kennedy that it still succeeds in keeping the listeners rapt." -Booklist

Early Praise for The Whisper Man:
"First it’s spooky. Then it’s scary. Then it’s terrifying. And then… well, dear reader, proceed at your own risk. An ambitious, deeply satisfying thriller—a seamless blend of Harlan Coben, Stephen King, and Thomas Harris. My flesh is still crawling."
—A.J. Finn, #1 New York Times bestselling author of The Woman in the Window

"Get ready to be unnerved. This novel is thrilling."
—Brad Meltzer, #1 New York Times bestselling author