Make Me a City: A Novel (CD-Audio) 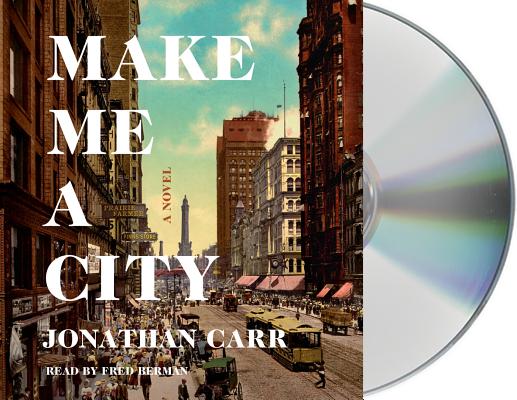 A propulsive debut of visionary scale, Make Me a City embroiders fact with fiction to tell the story of Chicago's 19th century, tracing its rise from frontier settlement to industrial colossus.

The tale begins with a game of chess—and on the outcome of that game hinges the destiny of a great city. From appalling injustice springs forth the story of Chicago, and the men and women whose resilience, avarice, and altruism combine to generate a moment of unprecedented civic energy.

A variety of irresistible voices deliver the many strands of this novel: those of Jean Baptiste Pointe de Sable, the long-unheralded founder of Chicago; John Stephen Wright, bombastic speculator and booster; and Antje Hunter, the first woman to report for the Chicago Tribune. The stories of loggers, miners, engineers, and educators teem around them and each claim the narrative in turns, sharing their grief as well as their delight.

As the characters, and their ancestors, meet and part, as their possessions pass from hand to hand, the listener realizes that Jonathan Carr commands a grand picture, one that encompasses the heartaches of everyday lives as well as the overarching ideals of what a city and a society can and should be. Make Me a City introduces us to a novelist whose talent and ambition are already fully formed.

Jonathan Carr first visited Chicago in 1983 in between periods spent living in the UK, Kenya, Gambia, Greece and Louisiana. A graduate of Cambridge University, he has worked as a travel correspondent, a book reviewer and a teacher of English. He holds a PhD in Creative Writing from Bath Spa University. Make Me a City is his first novel. He currently lives in Bologna, Italy.

Fred Berman is a five-time winner of the AudioFile Earphone Award for Audiobook Narration and the recipient of the 2013 Audie Award for narration in Spy the Lie. He has read a number of audiobooks for young listeners, including Judy Blume’s Soupy Saturdays with The Pain & The Great One and Andrew Clements’s The Last Holiday Concert. He has also narrated the audiobooks for Robert Kirkman’s popular series, The Walking Dead.

Berman is an accomplished actor of both the stage and screen as well, performing on Broadway as Timon in The Lion King and off-Broadway in Hamlet, Twelfth Night, and King Lear. On television, Berman has had roles on NBC’s hit series Smash as well as All My Children and Law and Order. He lives in New York City.