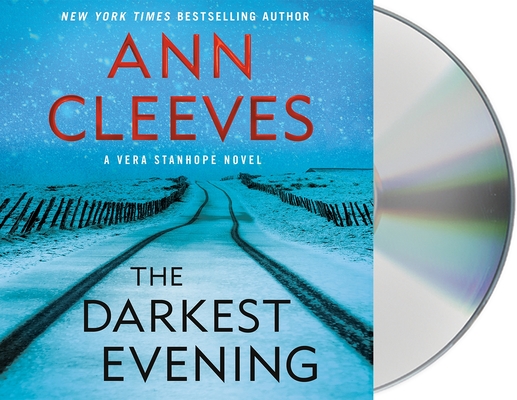 This is book number 9 in the Vera Stanhope series.

From Ann Cleeves—New York Times bestselling and award-winning author of the Vera and Shetland series, both of which are hit TV shows—comes the stunning new Vera Stanhope novel, The Darkest Evening.

"Ann Cleeves is one of my favorite mystery writers."—Louise Penny

On the first snowy night of winter, Detective Inspector Vera Stanhope sets off for her home in the hills. Though the road is familiar, she misses a turning and soon becomes lost and disorientated. A car has skidded off the narrow road in front of her, its door left open, and she stops to help. There is no driver to be seen, so Vera assumes that the owner has gone to find help. But a cry calls her back: a toddler is strapped in the back seat.

Vera takes the child and, driving on, she arrives at a place she knows well. Brockburn is a large, grand house in the wilds of Northumberland, now a little shabby and run down. It’s also where her father, Hector, grew up. Inside, there’s a party in full swing: music, Christmas lights and laughter. Outside, unbeknownst to the revelers, a woman lies dead in the snow.

As the blizzard traps the group deep in the freezing Northumberland countryside, Brockburn begins to give up its secrets, and as Vera digs deeper into her investigation, she also begins to uncover her family’s complicated past.